* HAVE or GET SOMETHING DONE is used when we don't do something for ourselves. That is to say, someone else does something for us. 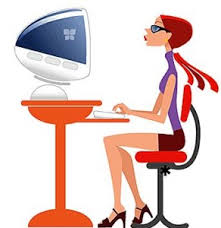 I didn't type the report.
I had my report typed by my assistant.

I'm not going to fix my car.
I'm going to have my car fixed.


* Have something done is also called CAUSATIVE USE OF HAVE because the construction expresses the idea of someone causing something to take place. So, the most important thing here is the action: the person who does the action (agent or doer) is optional, unknown or unnecessary.

* HAVE and GET carry the same idea but GET is more informal.

* We can also use HAVE or GET SOMETHING DONE in situations where  something negative happens and we don't have control over it (something bad happens to people or their possessions). 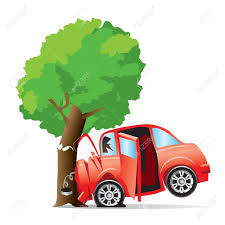 Kathy had a car accident last week. She had her car smashed in the accident.

* To see how the causative use of have changes according to the different verbal tenses, check the table below:

Just in case you need more explanation to clarify the causative use of have, you'll find embedded below two Power Points Presentations that I got from the Web.


Have something done from Maria Hidalgo

Have something done from David Mainwood

Click on the links above to practise for our test!!

Posted by Liliana Lo Preiato at 13:38 No comments: 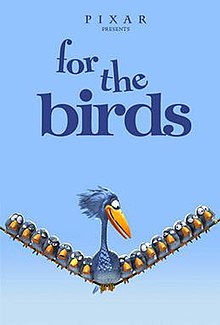 For the Birds is a computer animated short film produced by Pixar Animation Studios and directed by Ralph Eggleston. It won the Academy Award for the Best Animated Short Film in 2001. The film focuses on the difficulty that many people experience in trying to 'fit in' with a group simple because they are 'different'. 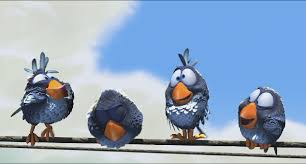 A) Why are the little birds arguing with each other?
B) How do they behave towards the new bird?
C) Why don't they want the new bird in their group?
D) Why does the new bird insist on trying to fit in?
E) How does their prejudice get them into trouble?
F) Who gets the last laugh?

A) Why are many people so quick to disassociate themselves from people who look different?
B) Why is vanity such a strong characteristic in today's world?
C) Why do some people persist on trying to be part of the 'cool' group even when they are not wanted?
D) Is it possible to change prejudice? How?}
E) Can an embarrasing event, as in this short film, make people change a their opinion about others?

The birds don't speak in the film. What do you think they would say if they could speak English? Create your own conversation between the birds using complete sentences. Onomatopoeias can be added to your conversation. 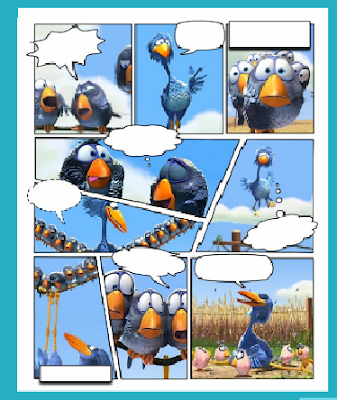 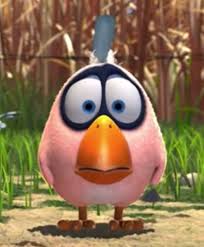 Posted by Liliana Lo Preiato at 15:46 No comments:

Liliana Lo Preiato
Teacher of English specialized in English Language (UTN). I work as a teacher for state and private secondary schools and I hold the position of Headmistress in a Public School. I'm a post-graduate student in Educational Managment.

In the News
In the News provided by TheFreeDictionary

Match Up
Match Up provided by TheFreeDictionary